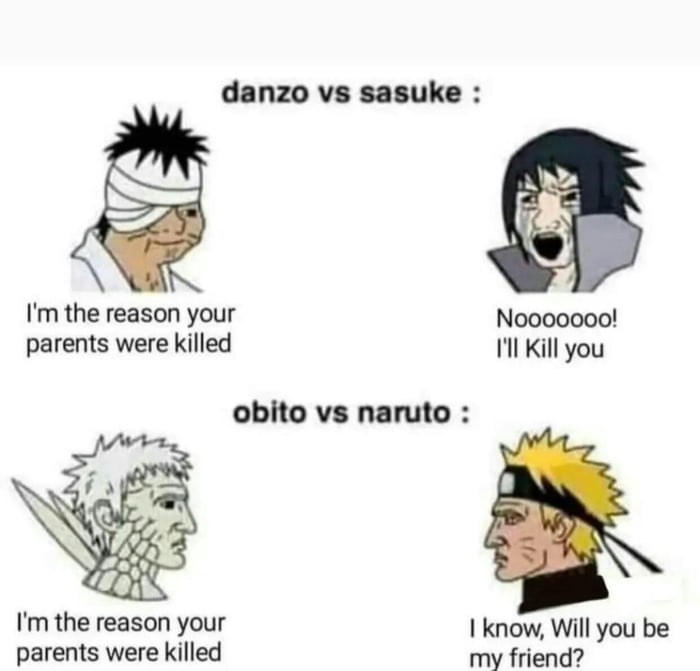 That's not fair, Naruto has a pretty severe friendship addiction

He never had those bonds

Obito: Killed Naruto's parents and was directly responsible for and perpetrated a war that led to the death of tens of thousands, including multiple personal friends of Naruto. But he had kind of a sad backstory. Naruto: "He's the coolest guy" Also, bonus points to Naruto for letting Ninja Mengele (Orochimaru) just sort of hang around in the village after the war without facing any consequences despite being one of the worst criminals of a generation.

Wait so Boruto's dad have a origin story? Need to watch that 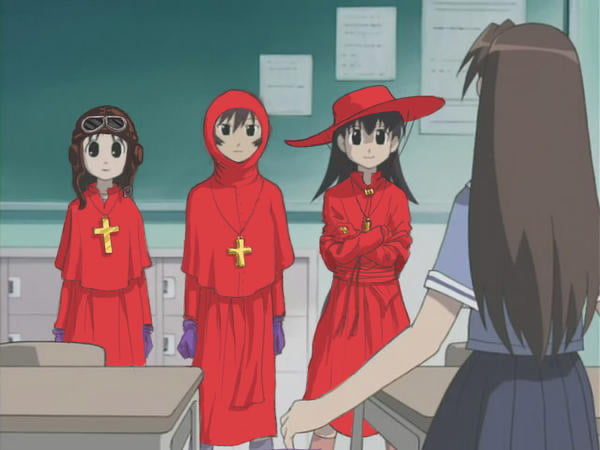 Naruto is overrated as hell 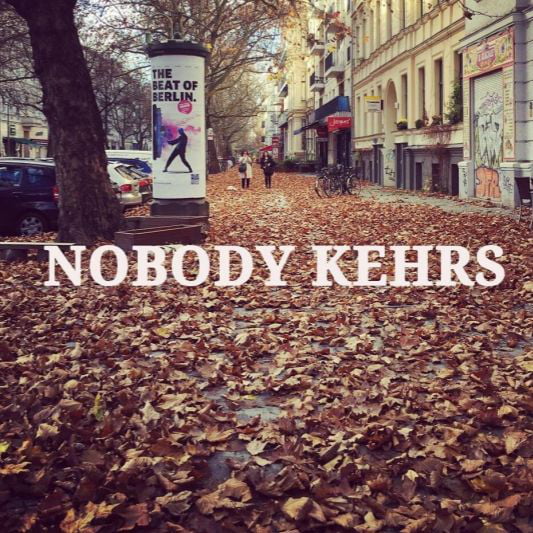 We need a Sesame Street section Infact, Ron here is lettimg him slither into his little sister's chamber of secrets 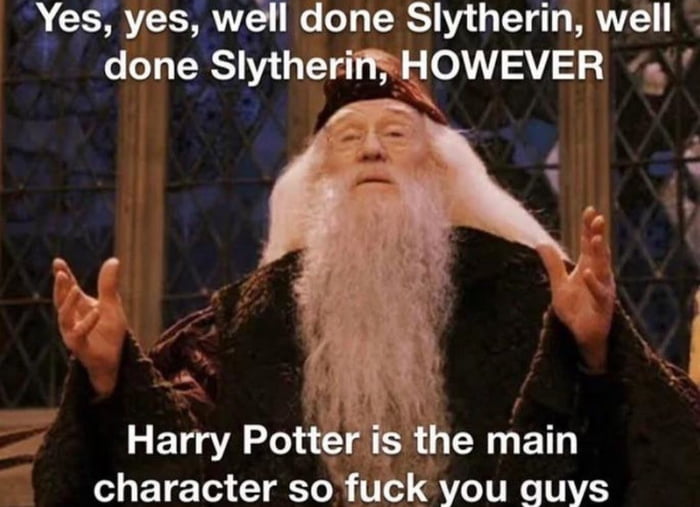 Telly miserably draws his chipped knife as he overheard someone say 'dont take any chances, shoot to kill' 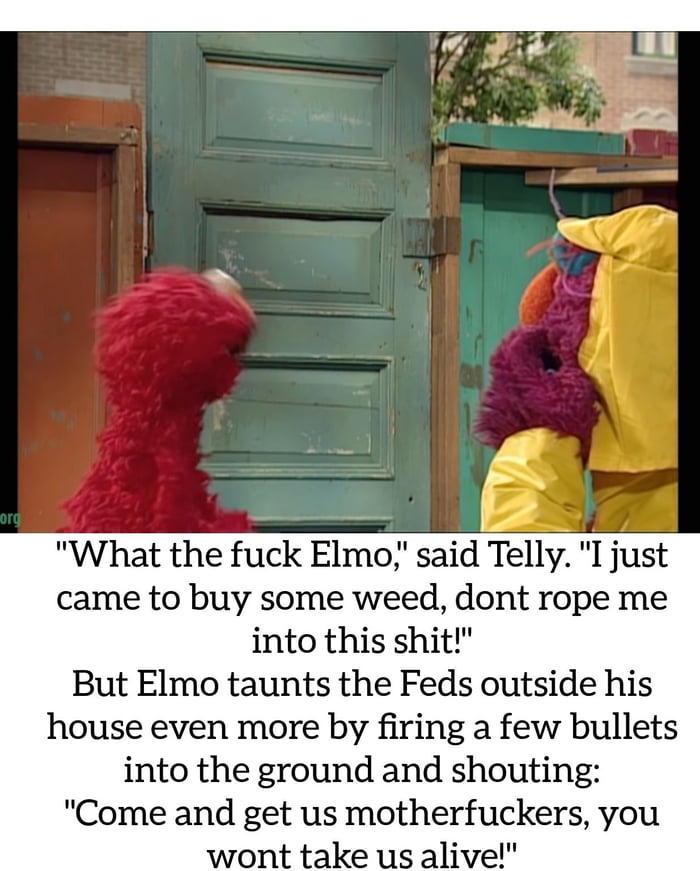 It's november the F**KING sixth