Why Russia as a state it's just an illusion, a big fat lie. 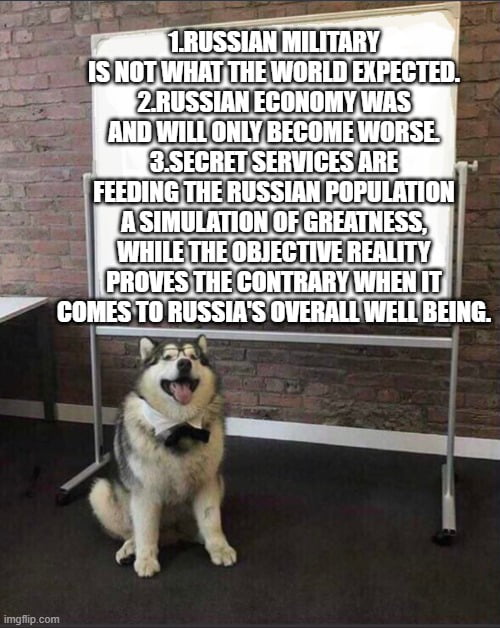 Nooo! You western pig! Russia strong! Real spietz naz and rest of vdv with Terminator ls gona Fuck all of you! Blyat! *inhales more copium* Our Ruble strong as ever! Everyone gona freze and die without our gas and oil! Stop laughing or I will nuke you! 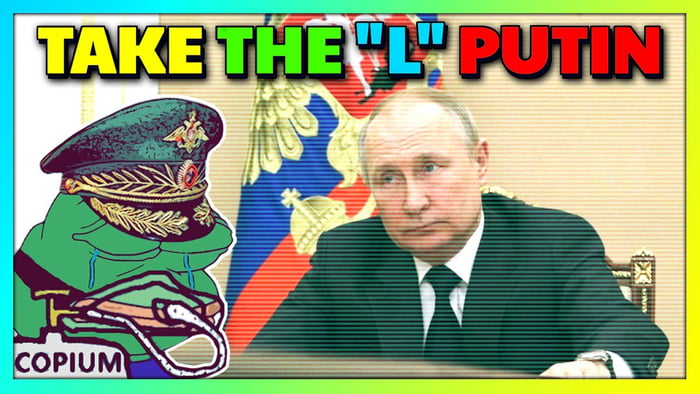 You can throw in Russian Far Eastern neighbor that is eyeing large sparsely populated territories with growing interest. All that said, Russia is a state. Just not one where many people would rather be living.

dude, putin has a golden wc. i mean it is not putin who went in ukraine. is the russian soldiers who went in. also, the money that russia makes go in the pockets of the few people around the leaderahip, and russians live like they did 60 years ago. also, russians are really stupid with a low iq base, because communist regimes do not want educated people in their country. also, does not have an infrastructure and does not export anything. also, russia is made of 22 small countries that have nothing in common with the russian culture and were taken by force. also, russians are very primitive and not develeoped people, due to the bolshevik assasination of the imperialist leadership. basically the same happened with taiwan( the real china) and west taiwan

2 and 3 are not that obvious to me, people following Russia weren’t too charmed by its economy before and if anything it’s more resilient then most expected so far (a year or two down the road is a different matter). As for 3 living here I don’t believe greatness is that big of a cornerstone of popular support, more like things are pretty much the same they were four months ago and that’s a lot better than all the apocalyptic forecasts expressed when it all started, again people are expecting a rather moderate economic discomfort but are expecting it will be followed by a bounce back as usual, not sure where it will all go when discomfort continues accumulating for a longer period

Let's just skip the fact that half of the fucking west supplying weapons to Ukraine to slow down Russian forces. Let's ignore the fact that Ukraine isn't Iraq and actually have military.

Summary: Russia is a bubble, waiting to pop

To be fair: how long is this been told?

if you think that russia's military was great before ukraine you're just falling for propaganda.. but shockingly not russian but US.. they need a scary enemy... they spent about as much as germany pre-ukraine-war and german military is in shambles 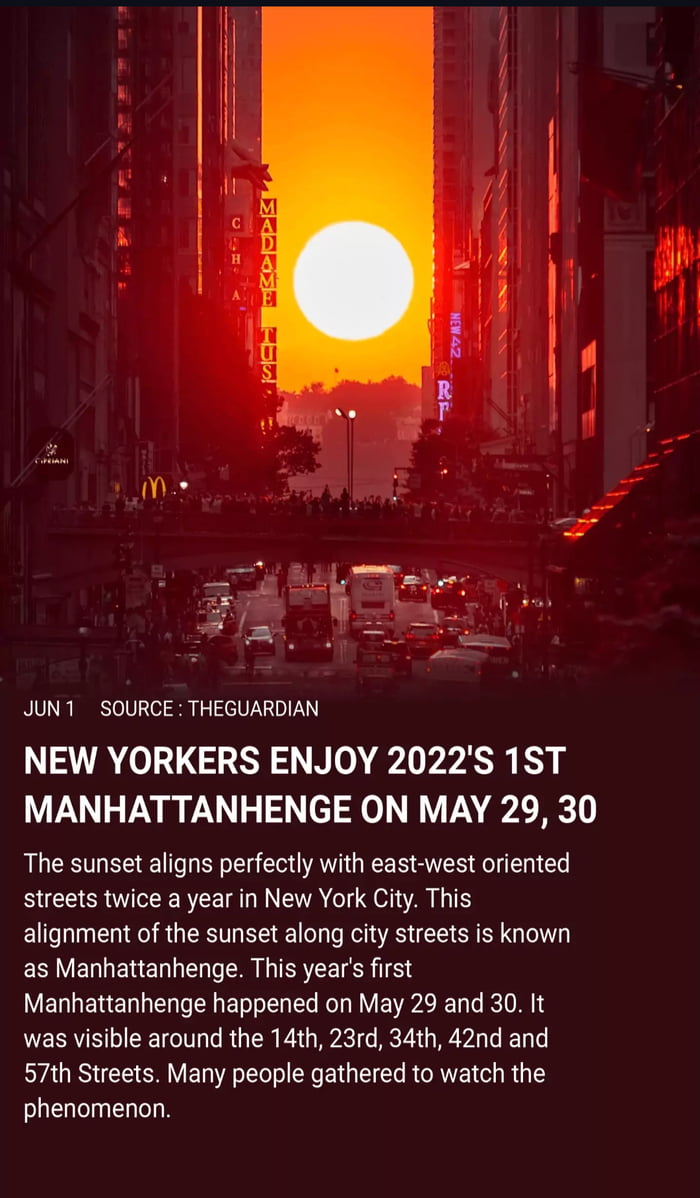 (RUMOUR)Poland will sell most of the remaining AHS KRAB howitzers (54 pieces) to Ukraine for $700 million. 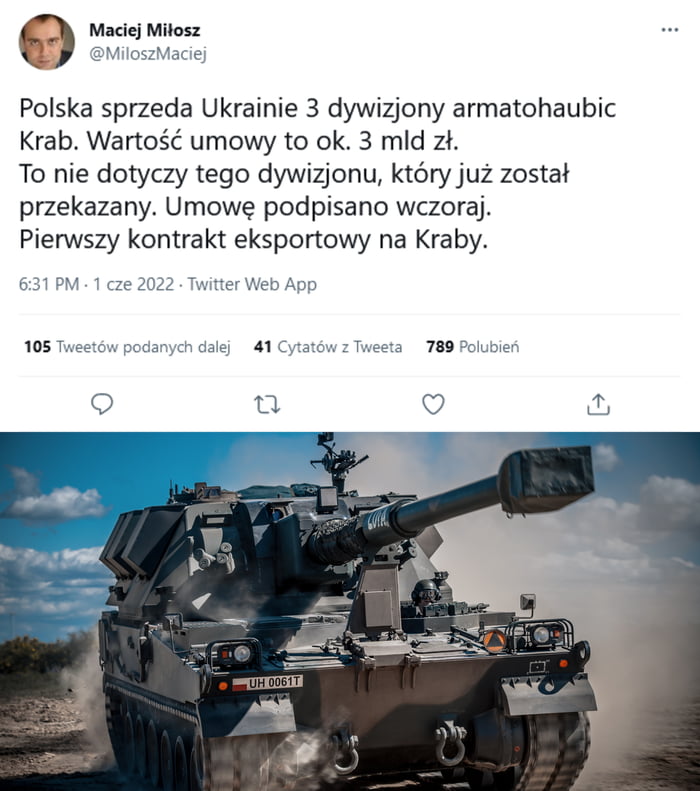 Keep my wife's name out of your mouth Living in Texas - this took too long to find 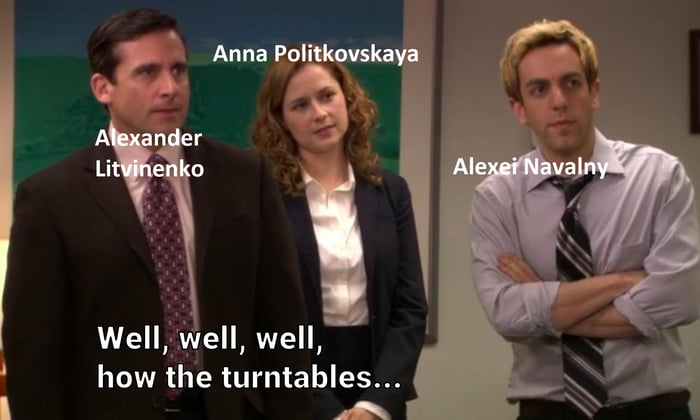 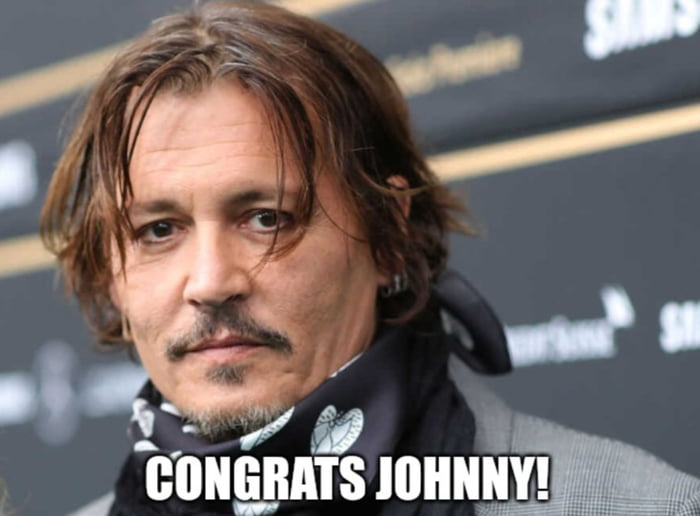 Baykar will gift a Bayraktar TB2 to Lithuania free of charge and asks those funds go to Ukraine for humanitarian aid. 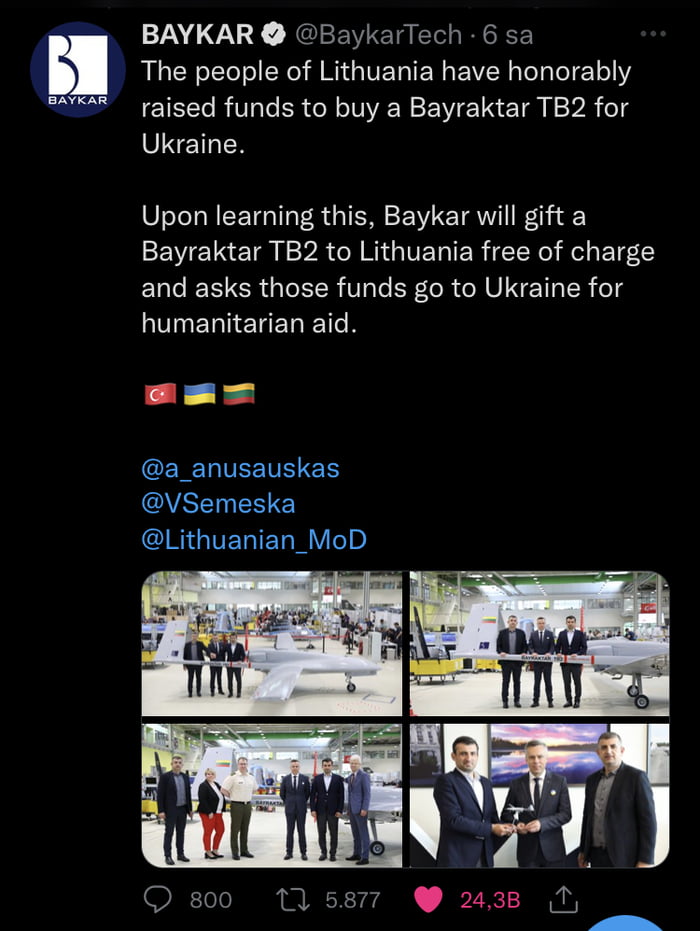