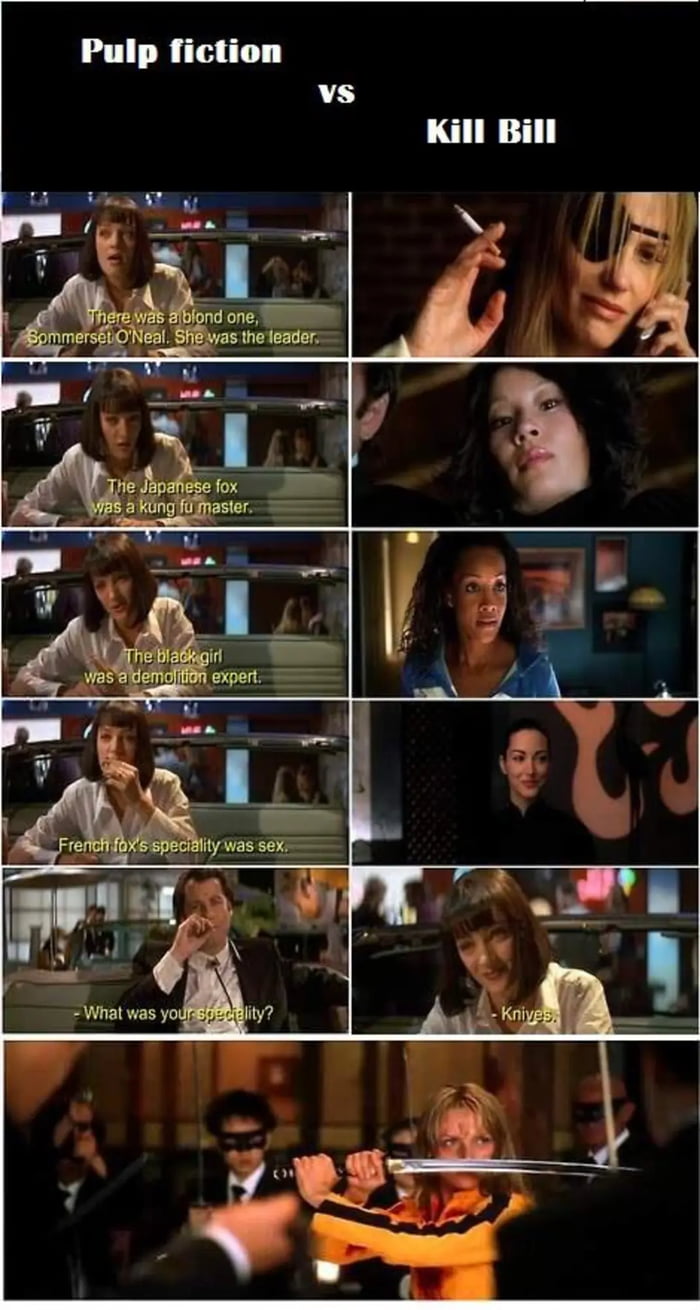 Awesome, never paid attention to that dialogue before

No way, it's like Tarantino watches his own movies too.

Not like there are always cross references in his movies

"The character I played, Raven McCoy, her background was she was raised by circus performers. So, she grew up doing a knife act. According to the show, she was the deadliest woman in the world with a knife. But because she grew up in a circus, she was also something of an acrobat. She could do illusions, she was a trapeze artist – when you're keeping the world safe from evil, you never know when being a trapeze artist’s gonna come in handy. And she knew a zillion old jokes her grandfather, an old vaudevillian, taught her." Does that sound like Beatrix Kiddo to you?

Don't they all happen in the same universe? I mean, Tarantino movies

I mean it's not like there's "easter eggs" and cameos on Tarantino movies...let's also just forget the fact that Vincent is the brother of Mr.Blonde (reservoir dogs)

Almost as if it was written by the same person

I don't remember the sax specialist

Literally everybody in this comment section got it wrong. Pulp Fiction was filmed a long time before Kill Bill, when that movie was still in early writing stages. Tarantino wanted to make some kind of Easter egg, yes, but it is in no way supposed to accurately describe the characters of Kill Bill, it's just a nod to a future idea.

I learned from kill bill that the key to success in anything is to make a list.

Why Boromir was misunderstood 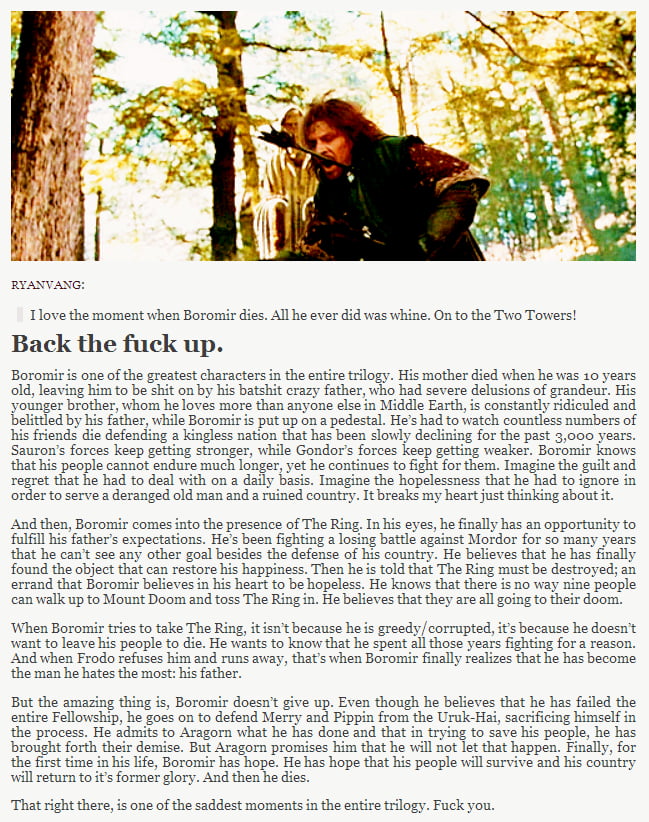 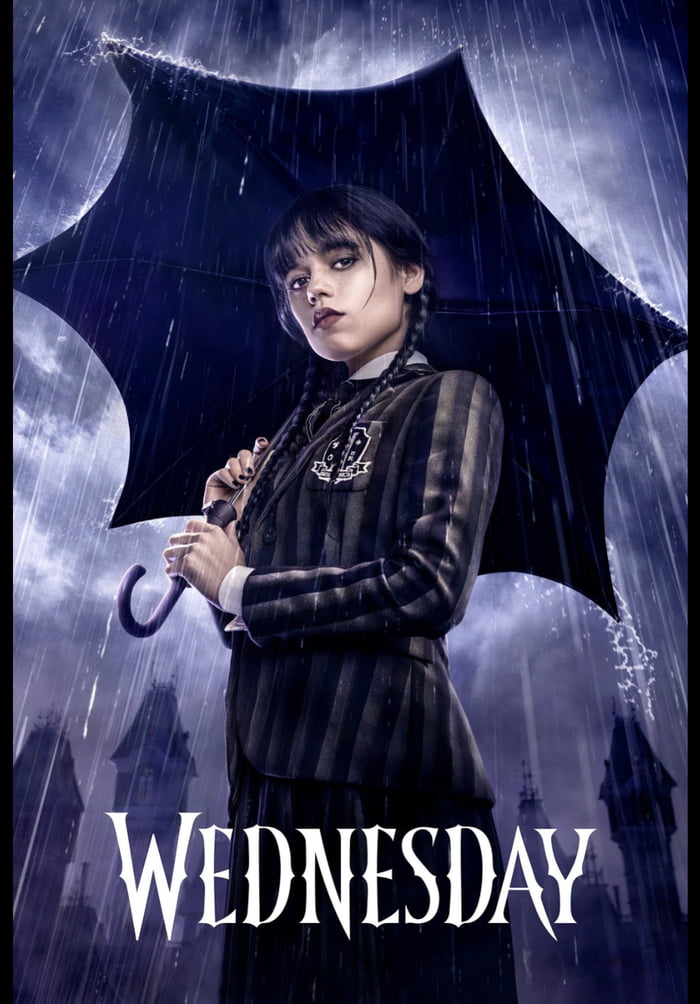 I do enjoy Indian food from time to time. I'm white, but I can handle it pretty well. 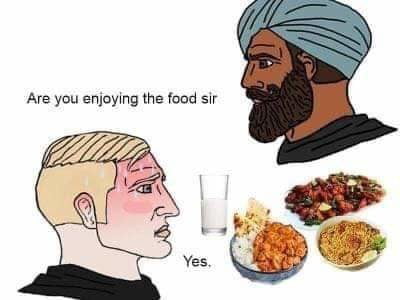 Diversity for you, Crimeless streets for me

One of those guys

Tho its very cool to watch al pf them lol