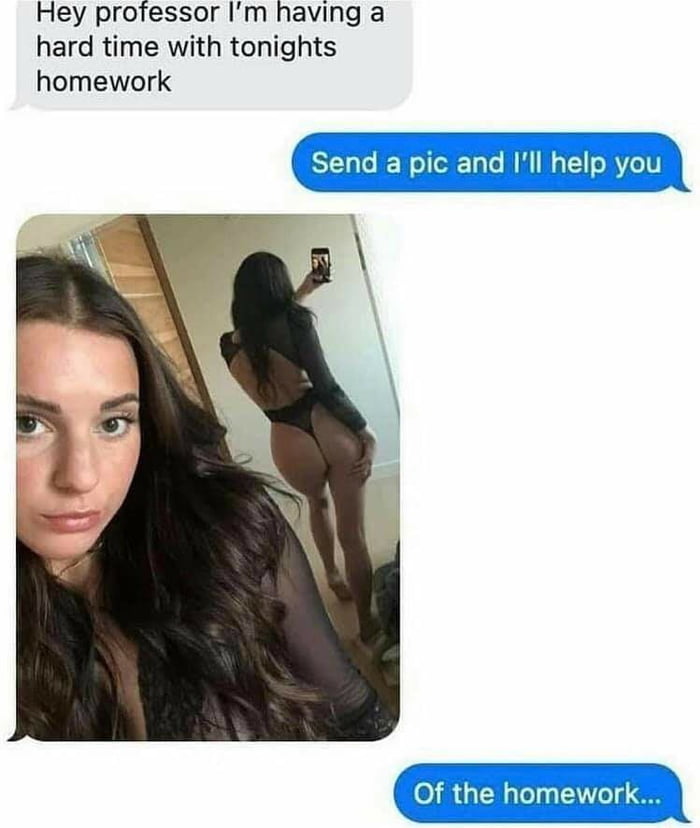 This is not exactly the same thing, but I'll relate a true story: I play with the 3D programs Poser and Daz Studio. A few years back, someone contacted me and wanted to know if I could make a image of them dressed as Vampirella, putting their face on the female model I used. I had an application that could do that, so I told her to send me a picture so I could use it as a basis to make the 'morph' for the model. She sent me several.....racey......selfies......when all I wanted was a 'Head Shot' (image of only her face) 0_0 Damn, but I felt like a Dirty Old Man (she was and adult, just to be sure, but still younger than me). I think I was more embarassed than she, since she didn't seem to react to the little misunderstanding, and sent me the head shot I wanted ^_^

Yes, let's generalize all women based on a fake - not even a real one - meme...

Well, I would objectify her multiple times.

fake obviously, still if i was the teacher i would be in Prison telling my cell mate how worth it was do do it with her.

Some women want to be objectified, some don't, some like pork, some like panda steak, we're all different and want to be looked at in the most flattering way possible from every angle, that is life, that is how we see ourselves and the world around us.

I guess she wanted HIM.... *puts on sunglasses* to DO the homework.

Ok so the post is most likely fake but about the title: to be “objectified” does NOT mean “to look sexy”. Objectification means denial of agency/choice. Therefore, women having to wear hijabs to walk outside, or women having to present as sexy because their socio-economic standing depends on them being attractive to men, are both forms of objectification. A woman choosing to dress as sexy, or a woman choosing to wear a hijab, while having the option not to do so without forsaking their professional and social lives, is not objectification.

Wtf is that incel title

Nobody cleans faster than a man expecting ass 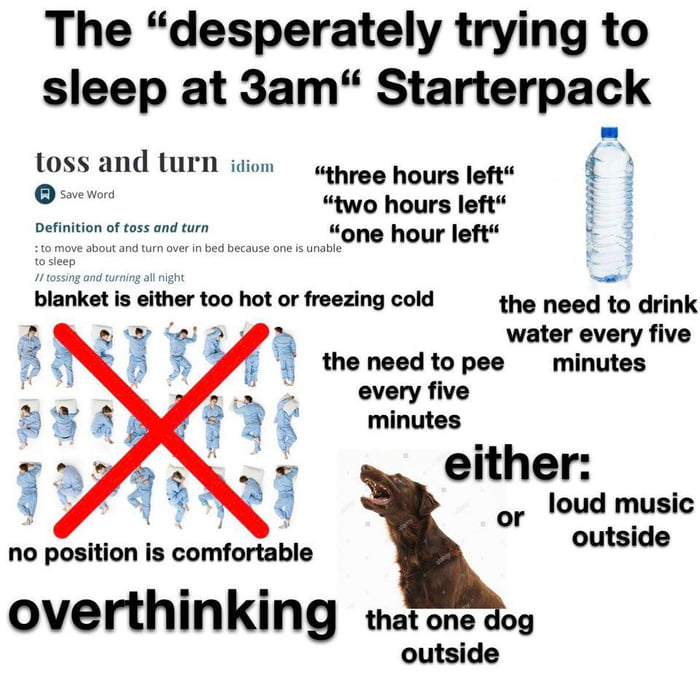 "Just do it bro, what's the worst thing she could say?" 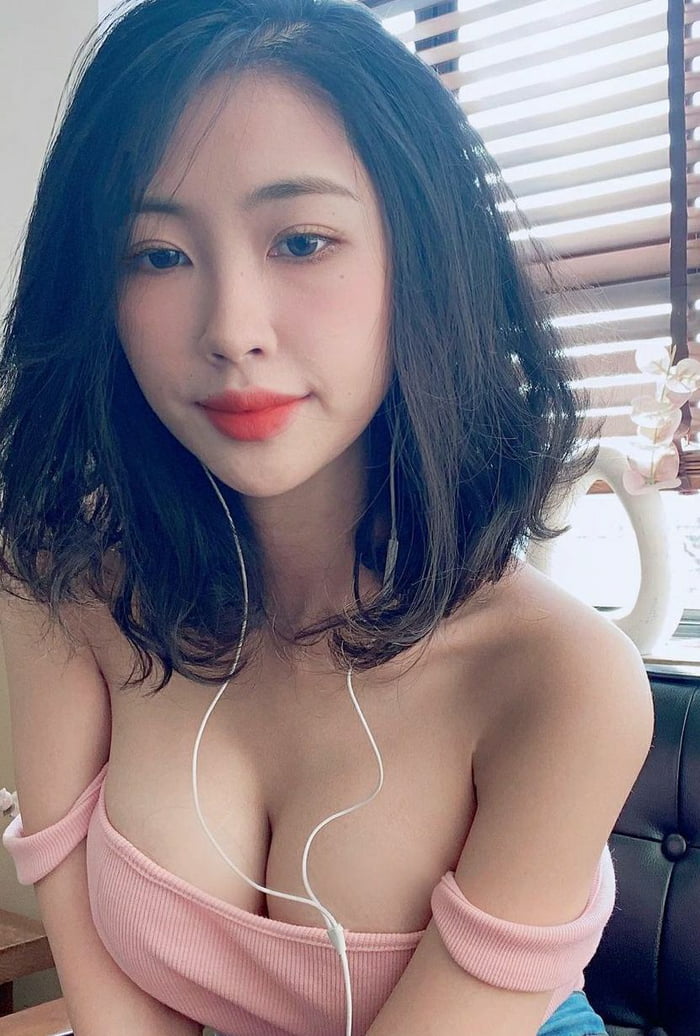 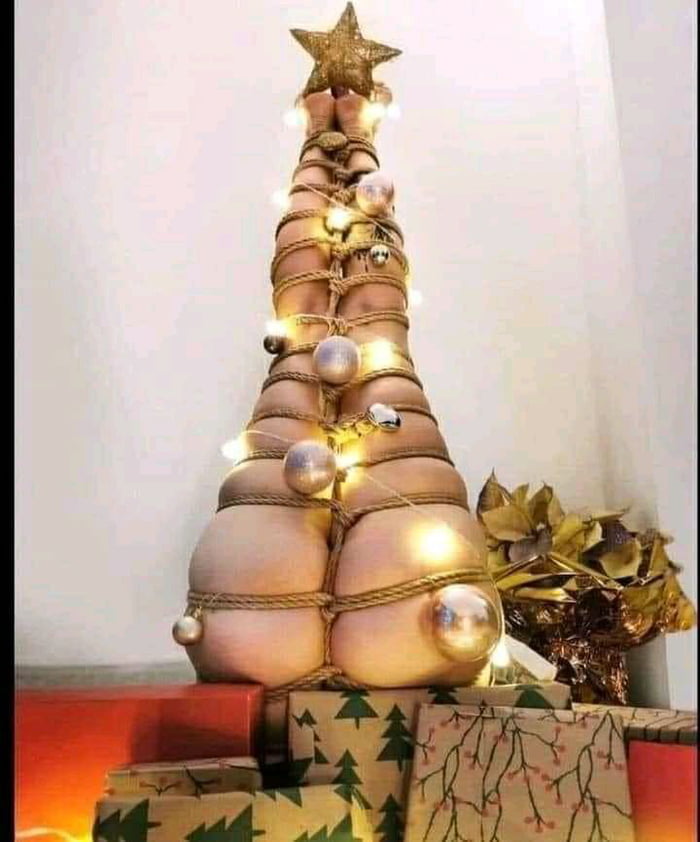 I remember this very well. 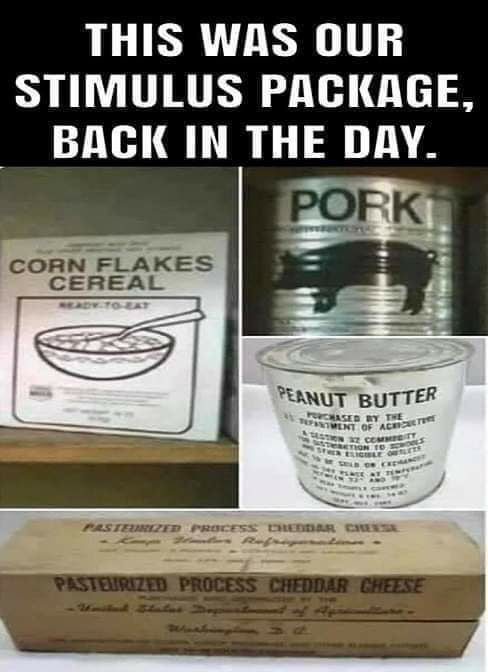 Traveling businessman sending an Electronic Mail from a payphone. 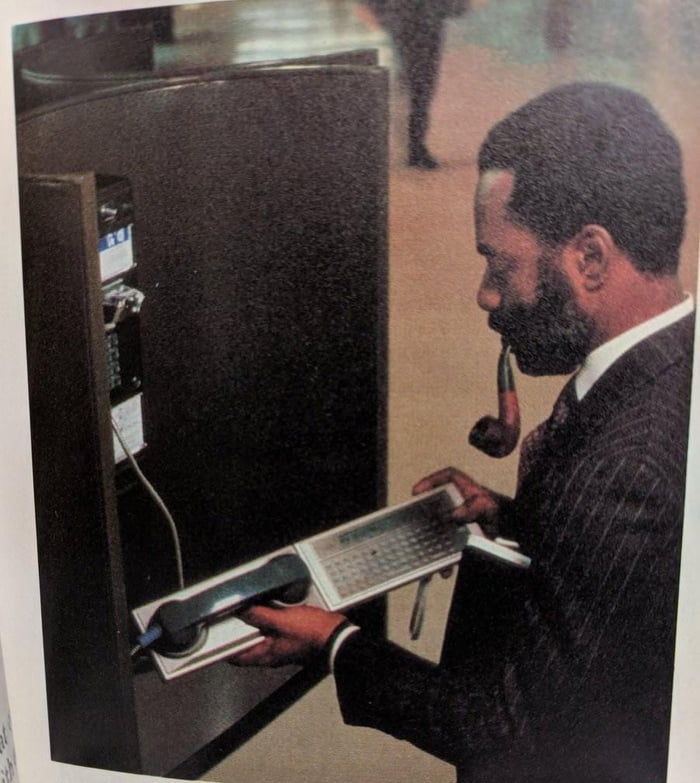 Do not piss off the croupier...