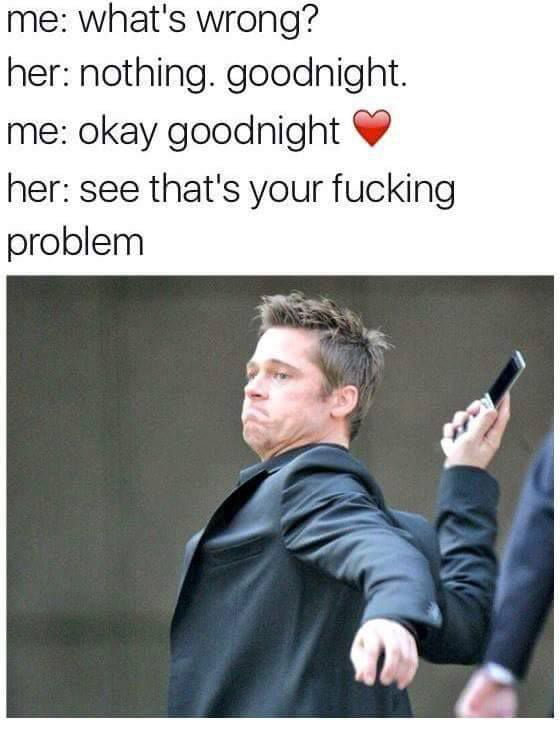 Me when I get a message after saying goodnight 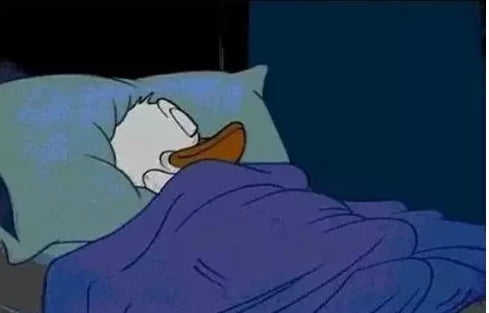 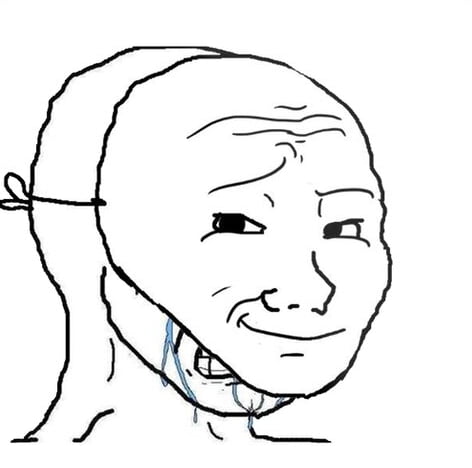 find a woman who doesn't play these games.

Leave her be. She's behaving like a kid, don't waste your time. 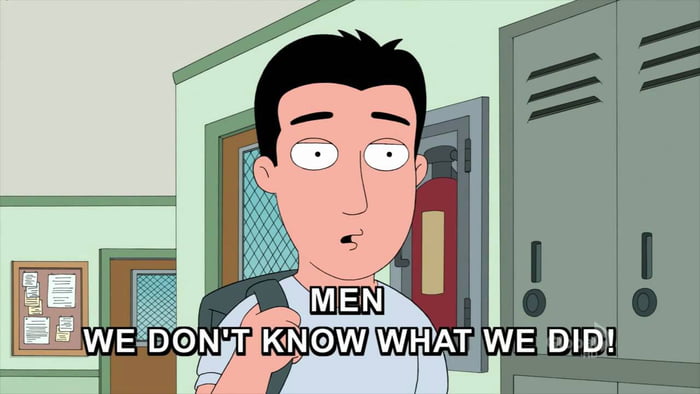 Why are women like this? I too have dealt with this

In most relationships there are conflicts that arise because of misunderstandings, expectations not met, emotions... But there is a line separating such little craziness from absolute insanity. Her suffering isn't fake and there is a problem, it's just that the problem may be completely out of control, being something that has to be dealt with within the family; or something that's so deep rooted that quite literally nobody can fix, at least not in short time. If literally everything was great: her physical and mental health was at its peak, and other aspects such as the environment were good, she wouldn't be making a fuss about anything. If she's a spoiled brat and you're not Jesus or Buddha, then it might be best to move on. But that's just the simplest but unfortunately most common example.

If you play these games with me, begone. I am too old for that.

Lesbian couples are fucked if both have this mental illness

There are 2 types of people and I love them both 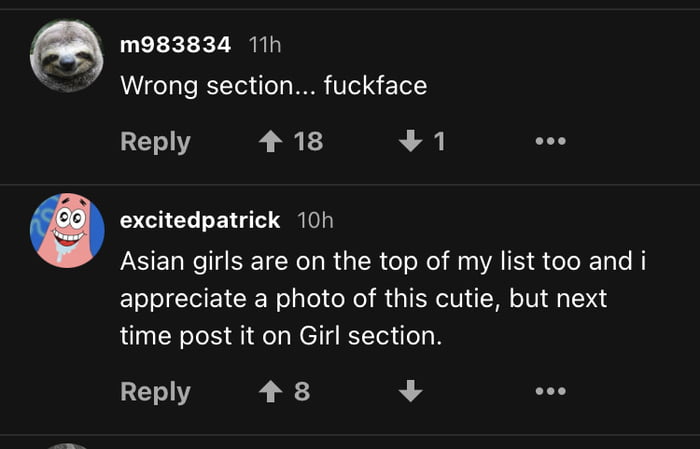 All rise before our lord Coco Jamboo

Me hiding from my duties on Monday.

This is Reginald baby

What the hell is wrong with these legacy media pundits?