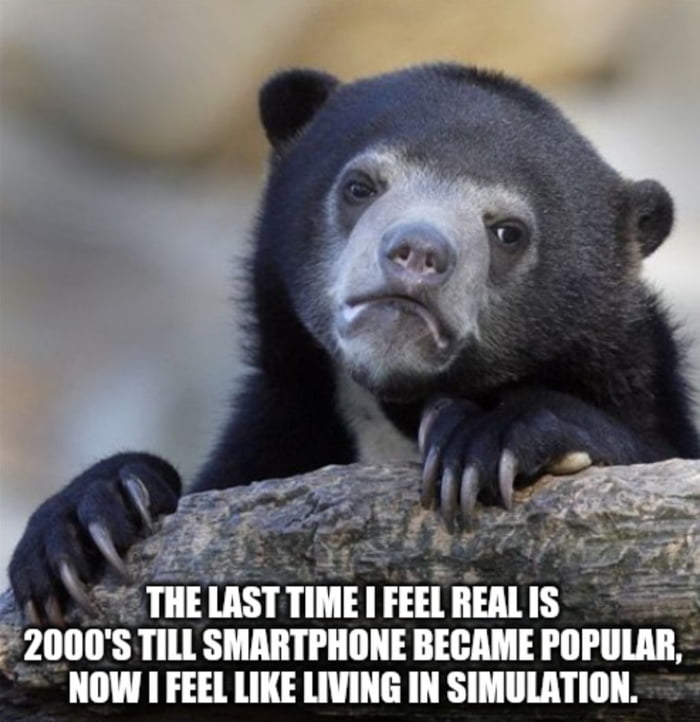 Put down your phone lol

I believe this life is actually Hell.. life is a perfect prison if you think about it.? We are hard wired to fear death so we willingly keep ourselves here no guards walls are required. Forced by survival to consume and compete for resources. We willingly and sometimes unwittingly harm each other for our own personal satisfaction. We all experience varying levels of pain, emotionally and or physical. Though we can and do have pleasurable experiences, in the end game we end up loosing everyone and everything we love and hold dear.

I kind of do miss flip phones, though. Each one had a little bit of personality. I really liked my Env3 at the time

Well, you could argue that it is because you interface with "reality" through a sheet of glass. There is not real interaction. Which is literally disconnecting you. In the early 2000s you were kindof the isolated kid with your phone and people were not really on board with it. Now, everything has migrated into the "interactive screens" to the point all work and experience is centered around it. Your touch is glass. Or plastic buttons. We have basically become a society that could disconnect their bodies completely the sentient experience would be pretty much identical.

Nonetheless, it feels so true 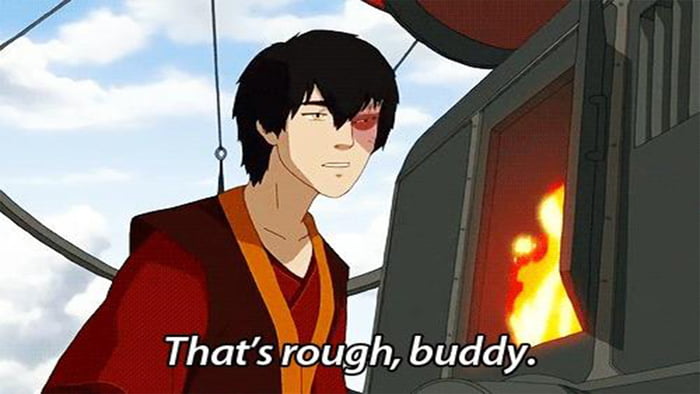 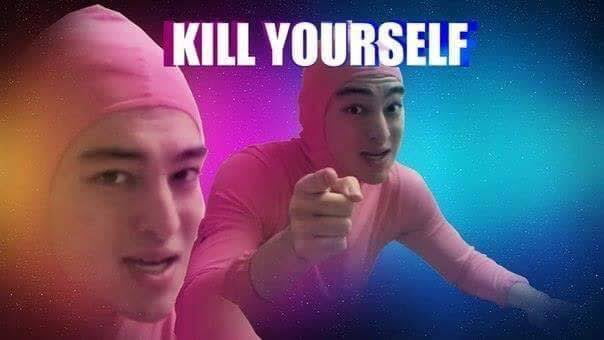 How real you feel depens on your own not on the outside world. You actually are in some kind of simulation, eben before smartphones. The virtual simulation of your brain. With your eyes acting as the vr-goggles, your brain acting as the computer, your body acting as the character you control in the game called "your reality". The world could be seen as the software. Which your sences and brain project as reality, nust like the graphic and soundcard of pc projects data through your screen and soundset. The game has rules like gravity and mortallity. Smart phones are in your case just another annoying obstacle you have to overcome in this mostly grinding and boring game. Everything is data. And with everything i really do mean everything. If nothing did exist it also would have been data. Now filosophize and relativate your ass of your own statement with this new data so you can make the simulation more fun... even with smartphones. Goodluck bearmemer

consider that the tech today is developing faster than the human race. I think at some point it could be hard to believe we are not living in a simulation but I'm pretty sure we don't.

Give me your wallet! 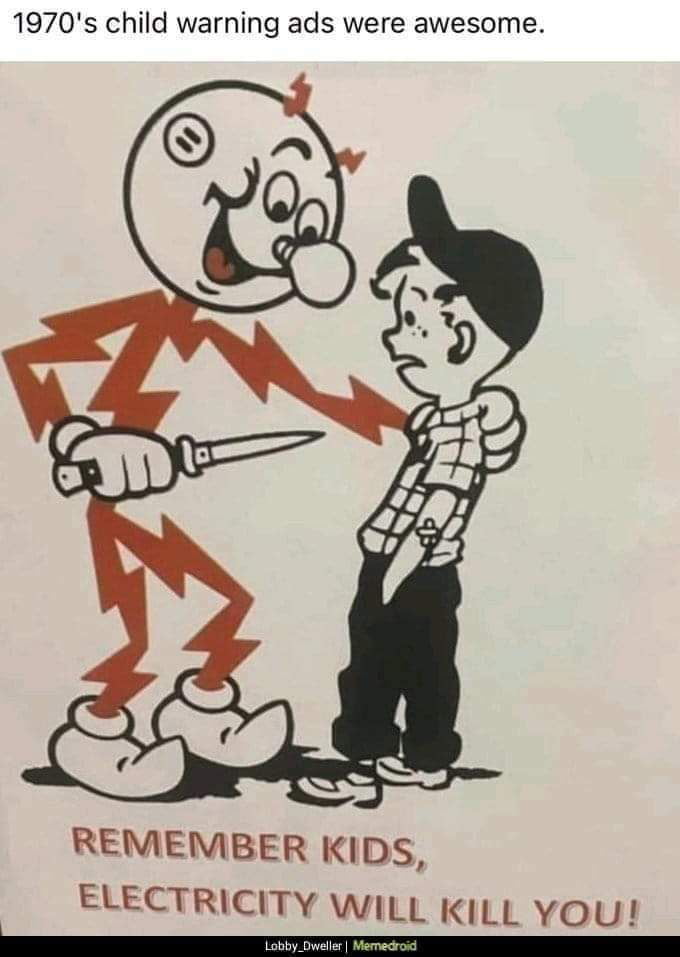 Somewhere in an alternate universe

My name is Giovanni Giorgio, but everybody calls me Giorgio 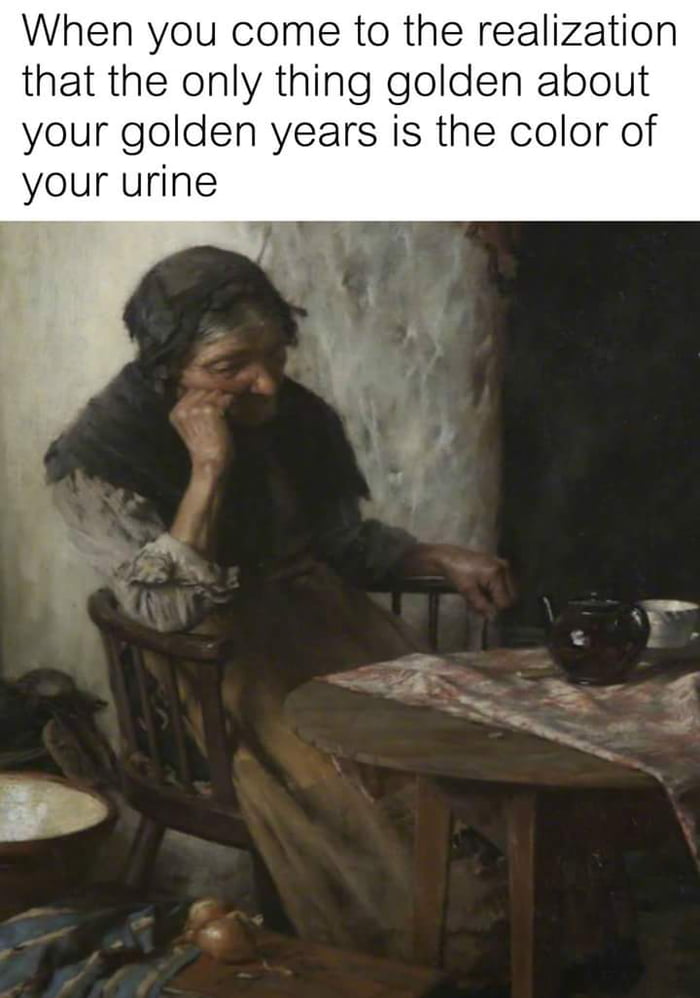 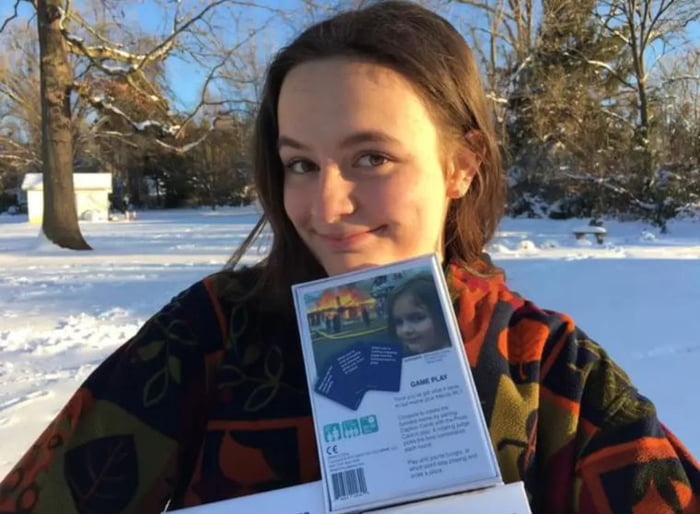