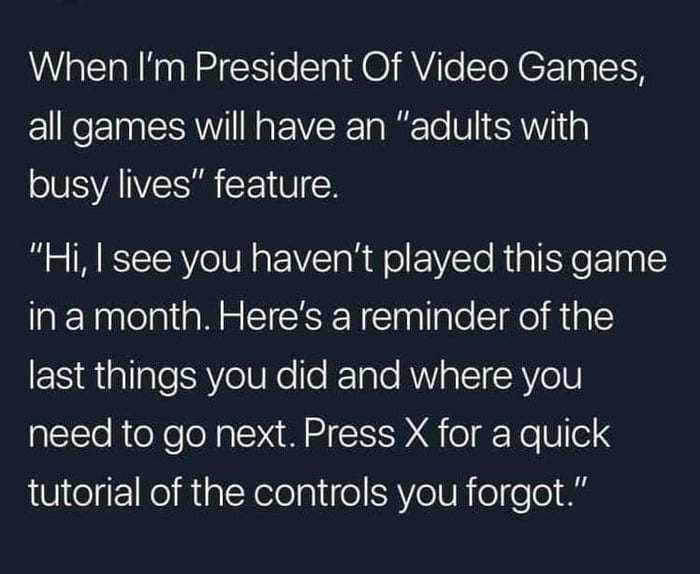 I've lost count of how many good game I didn't finish coz I took a week of and had no clue what I was doing. Looking at you Nocturne

Lovely idea but if someone becomes the president of video games I think the first order of business is closing down studios that release unfinished games. You get one warning and then that's it.

many games already implemented this feature, most of it is gacha games, but well its in another style. i really like the returning player feature. you come back from long break and the game give you a mission that worth so much reward that will make you think its a pity to not do it. or, after you feel bored of the game, you can take a break before the game burnout, and when you came back, the game give u so many item and consumable to do that makes your game easier to play. for example, i really like genshin returning player feature. more mission to do, x2 rewards, many consumables, and to top it off, 500+ primogems. i can just play this game for a week, finish all of its returning player mission, claim all of its reward and take a break for a month. and when i came back, the game still feels refreshing plus rewarding

Ah yes, NiOh and it's spirit activation. I took a month break and to this day I don't know how to use it. So I have beaten it with phoenix because he has auto activation.

It's been 2 month and I haven't finish The wolf among us. Damn adulthood

There will never be a president of video games and when such authoritarian ideas are enforced, creative game design will die and eventually all games will be made from the same uniformed cookie cutter template.

It’s not that you are busy, it’s lack of interest

I'm convinced that this is why big FPS franchises are so popular. No matter what call of duty I pick up it will control just like the one I honed skills in at 17 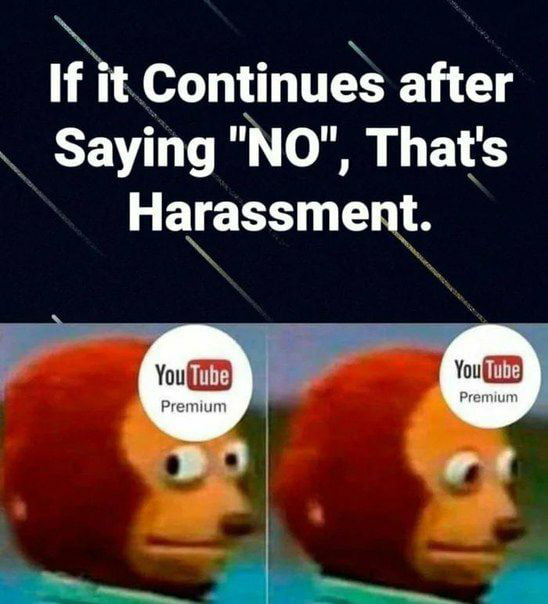 How it feels when you're broke and dark souls remastered finally goes on sale after 2 years. 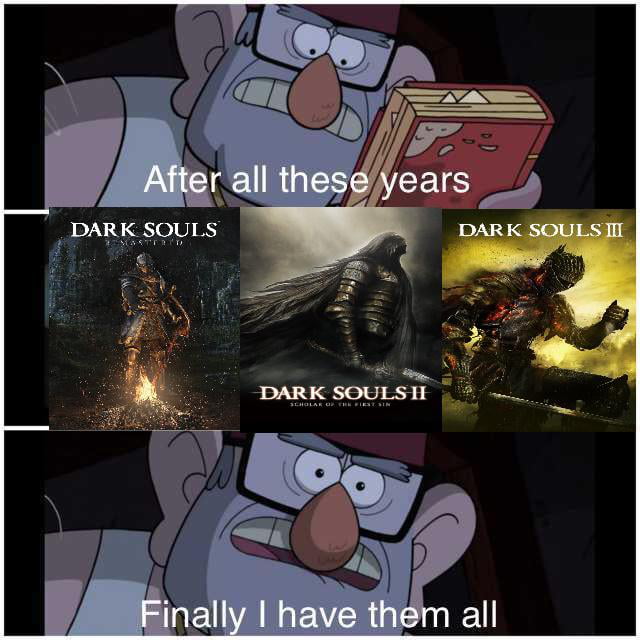 It's the sound it makes..

Finally playing this series... I love Kojima yet never have played MGS games here I go starting with MGS 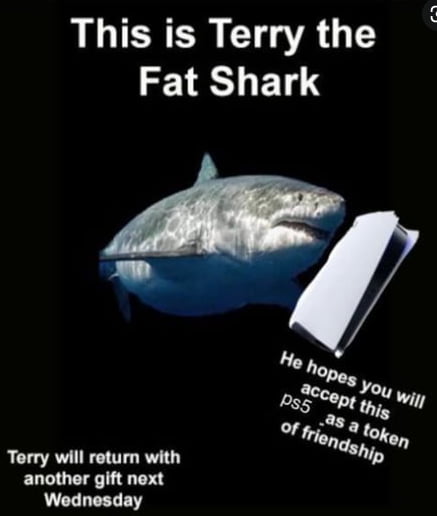 WHO skipped Xi variant and calls it Omicron variant, we all know why 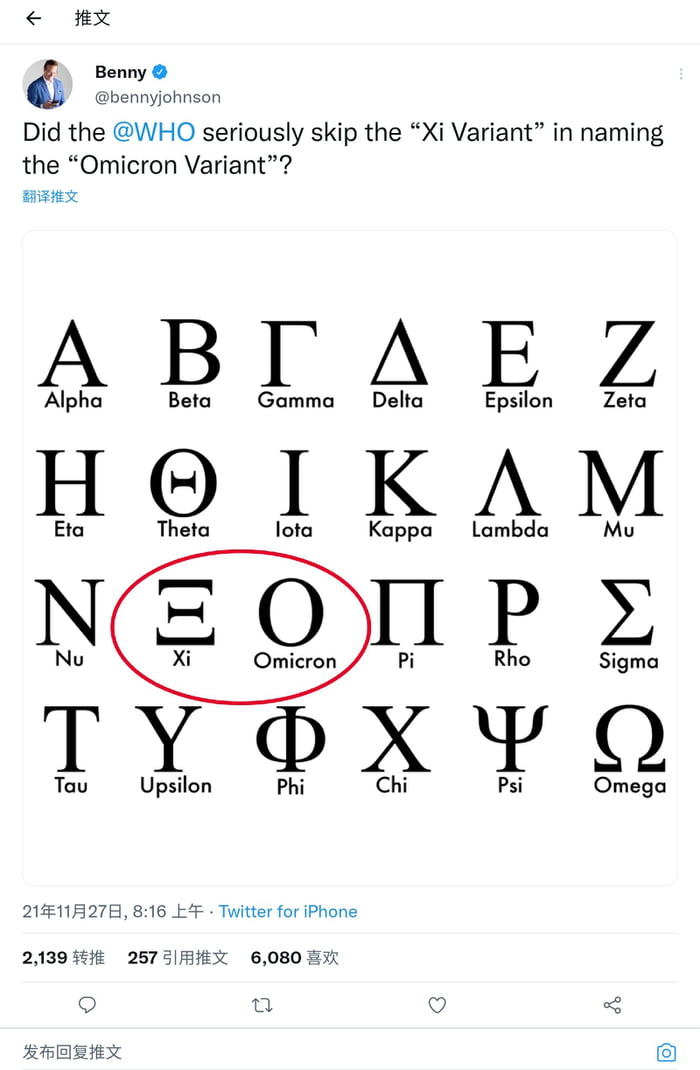 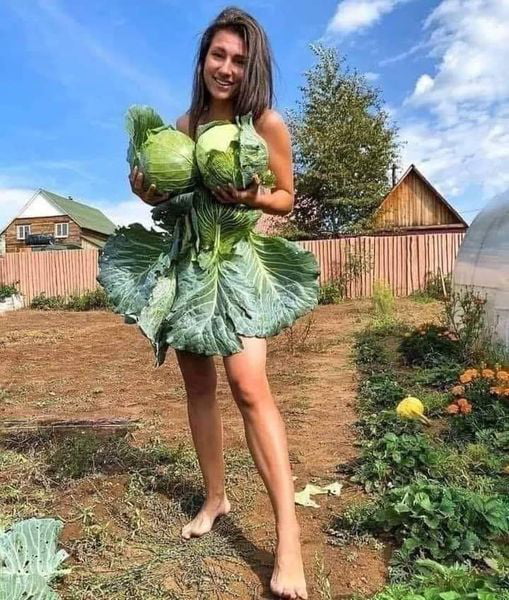